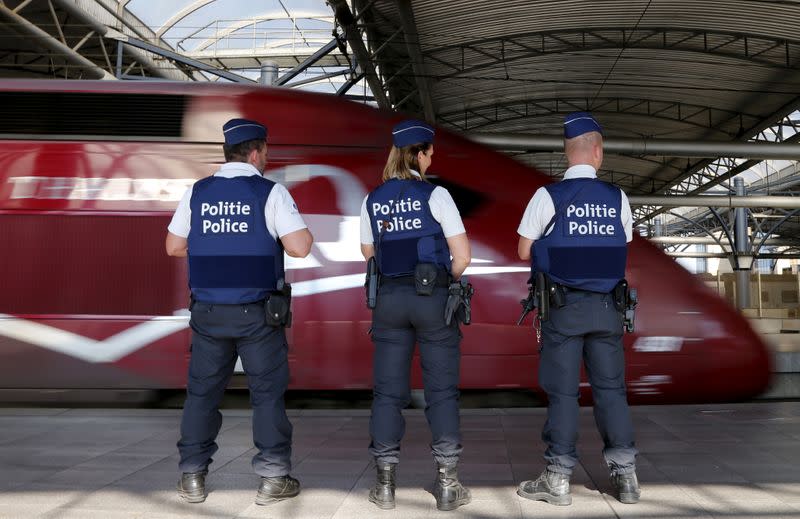 PARIS (Reuters) — A alleged Islamist shooter, who opened fire on a Northern European high speed train but was overwhelmed by three people of the United States before killed everyone on trial in the French capital on Monday.

Ayoub el Khazzani of Morocco was heavily armed at the outset of his attaque after the train crossed Belgium to France on August 21, 2015.

Khazzani is guilty, among other allegations, of attempted assassination, directed at committing murder, and membership in criminal networks.

If convicted, he risks death in court.

After a bullet rung into a car before the three Americans, two of whom were in the collection at the moment, a French citizen assaulted Khazzani and disarmed him. A French citizen was the first one.

A legal source claimed that Khazzani admitted to planning an investigator's assault but stated that he was just trying to attack U.S. troops during his holiday, not civilians.

He told investigators that in the last second, he resolved against the assault, but that it was too late to avert the passengers' conflict, added the source.

At the point France had already been suffering from the shock of the assault on the satirical journal Charlie Hebdo and a Cosher store seven months earlier in Paris.

A coalition of jihadists will again strike three months later, killing 130 people in a co-ordinated assault on the city.

The then president of France François Hollande said days after the assault, at the ceremonies to give his American friends a Legion of Honor. "It is enough to know that Ayoub El Khazzani had 300 munitions and arms to understand a tragedy, a slaughter, what we narrowly avoided," he said.

U.S. actor and producer Clint Eastwood made a film focused on the case 'Paris at 15:17'

Khaszanis assault was premeditated by investigators. He was reported to have listened to social network audio asking on the Prophet to take up arms on behalf of Muslims.

There was an error (Reporting by Tangi Salaun and Richard Lough, Editing by William Maclean)