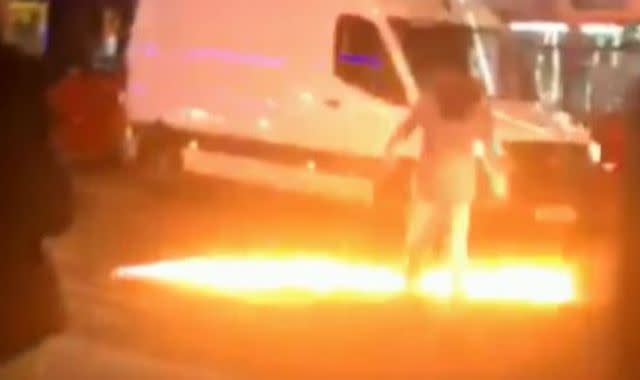 A individual in connection with an altercation at Edmonton Police Station was charged by investigators with the attempted incender.

The station was removed on the front of the building on Wednesday evening, when the driver took off and fire with gasoline on the lane.

Intending to risk lives and criminality Adam Pawlowski, 45, from Goff's Street, EN7, has been charged with incendiary assaults.

He will testify on Friday, 13 November at the Highbury Corner Court of Justice.

The incident video depicts a man fleeing the wrecked vehicle, walking a short distance outside a station and dumping liquid on the busy road before lighting it.

Another footage saw the police draw up and somebody pin a guy to the ground as coaches were waiting in London's busy north lane.

A policeman was able to run and get a fire extinguisher to keep fires out.

The Fore Street incident was treated by the London Fire Department and the London Emergency Service, and no casualties were reported.

The event was not regarded as terrorist.