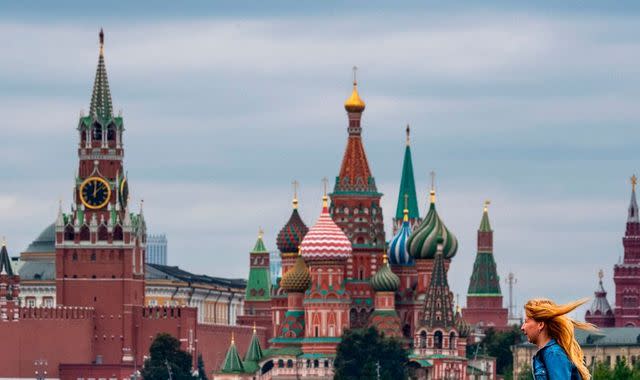 A minister of the British Government is the first to come to Russian territories next week since the poisoning of the Salisbury Agent in Moscow in 2018.

Wendy Morton, Minister of International Affairs of the Junior Affairs, does not believe him to be the symbol of a thawing in the post-Cold war ties after a chemical bomb was used on British streets.

Instead an annual consultation with the Deputy Foreign Minister of Russia, which is viewed as a significant line of dialogue, involves controversial subjects such as the most recent poisoning by Alexei Navalny, Russia's opposition chief of the Russian Federation.

The activities between London and Moscow normally did not arise in 2018 owing to the alleged assassination in Salisbury of Sergei Skripal, a former Russian double-agent.

Last year on the sidelines of a security conference in Munich, Germany, Foreign Minister Sir Alan Duncan had a meeting with Vladimir titov, the Vice Russian Foreign Minister.

It would though, be Tuesday for the first time since 2017 in the Russian capital.

Next year, London will meet again.

The bilateral meeting is opposed to the downturn in the ties between President Vladimir Putin's Russia and the West, which are related to the contamination of Navalny by the UK and the EU place sanctions on Russian officials, they claim.

Londres has also suspected Moscow of conducting cyber assaults to steal or misrepresent its studies into coronavirus vaccines and therapies.

Moreover, in the August presidential election that saw the new chairman Alexander Lukashenko, declaring success, the West and the Kremlin are on the opposite side of the turmoil in Belarus, a near ally of Russia, and opposition leaders are crying blame.

A major climate change summit to be conducted in UK next year and human rights, including a global conference, will be the main topics for Mrs Morton, Minister for European Neighborhood and the Americas, at the International Commonwealth & Growth Office, to negotiate with Mr Titov.

The query about Mr Navalny will be addressed and the case Skripal will possibly also be posed.

The United Kingdom on 4 March 2018 suspected Russia's military intelligence service GRU of murdering the Salisbury agent, but the presence of Moscow was refused.

As part of an attempt to persuade the Kremlin to be more aggressive with its goals for cutting pollution and a more positive stance on climate change in anticipation of COP26, Mrs Morton will also be consulting Mr Putin's delegate on environment matters.

The British minister would attend and engage in many Remembrance activities during the four-day tour from Monday to Thursday.

This will involve a simulated World War Two veterans of the Arctic transport for four years, beginning with 1941, from the UK to Soviet ports.