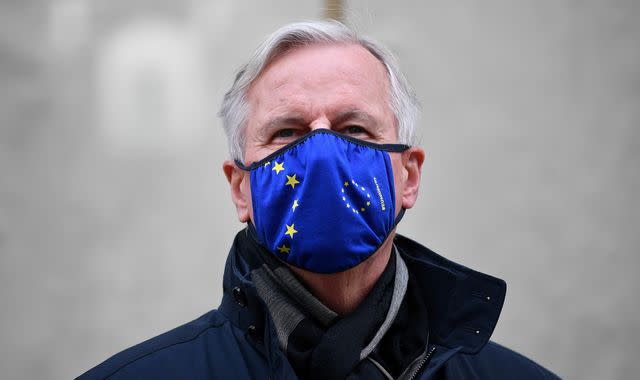 European diplomats have been advised that the search for a Brexit trade pact appears to be "bottom gaps," and that in crucial ways the UK has "blocked" momentum when seeking to lapse a clock.

The conference was rather private, but Sky News saw detailed minutes laying forth its bargaining stance.

The EU finds the standard of play, widely known as the LPF, to be important because of the concerns of Britain breaching European law to cut expense and draw investment from abroad.

This is an allegation refuted by the UK government one that appears to be dismissive of EU thought.

Mr Barnier said at the conference, "LPF is the most relevant point where the variations are always large."

"The Prime Minister emphasized that harmonization [with European legislation] would compromise sovereignty.

"This issue casts severe questions on the likelihood of a settlement."

He told diplomats "there is a danger of this making us vulnerable against unfair rivalry if no progress is reported at LPF."

He said that his British equivalent, Lord Frost, had proposed that "an autonomous body monitoring state assistance" but that "that the UK appears to have prevented development during the last two weeks" according to the minutes of this conference.

Mr Barnier said that the statutory document, which will be the cornerstone of every potential pact, had been 'strong success' in drawing up.

However, he said: "Current structural gaps on fundamental issues-on equality, governance and fisheries are still important."

Mr Barnier said during the meeting that he did not think that the fisheries agreement was moved closer amid positive comments made by British lawmakers and reports in some UK newspapers.

He said he also felt that "a compromise was feasible," but that British negotiators "want to put leverage on time."

British sources admitted that Mr Barnier used almost the same strategy to drive a contract down the clock.

I believe that the analyzes of Mr Barnier have been endorsed by many, with very little evidence of wavering trust in him.

One high-ranking diplomat assured me that he "remains completely endorsed and trusted by every member state."

Quells from the British negotiation team spoke of a "building climate" but also acknowledged that "significant gaps exist in familiar difficult issues."

There is at least consensus at a moment of rancour, on the condition of division.

Time is starting to run out now. Initially, both parties had set a deadline at the end of October, but it is over.

In the UK and in Europe, a Convention must be accepted, if decided.

One problem now is how this phase can be speeded up, if possible.