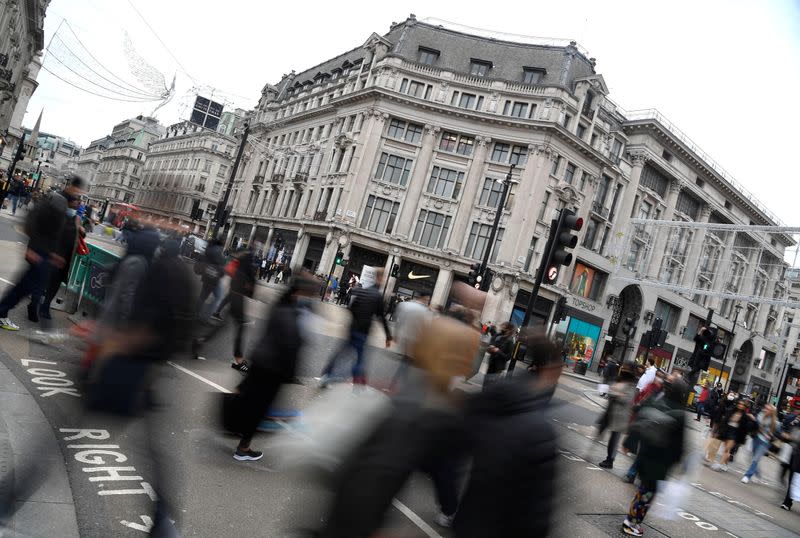 Springboard, the industry analyst at Springboard said on Monday that a cumulative amount of shopper, or footfall, has dropped by up to 15.4 per cent over the week to Nov. 6 as opposed to the predecessor of the week as a reflection of England's latest national lockout.

The UK government placed a second national lockdown on England with COVID-19 infections raising with an unprecedented pace beginning last Thursday and continuing until December 2.

Both non-essential stores and cafés and restaurants must be locked except for food to carry away.

People were allowed to operate as frequently as possible from home.

Springboard announced that shopper numbers declined in highways by 16.2 percent, shopping malls by 18.9 percent, and retail parks by 9.7 percent.

It states the footprint is down 38.6 percent year-on-year.

Springboard said however for the four days between Sunday and Thursday, the whole findings over the whole week obscured a mini-boom. The average stroke was 11.7 percent.

Starting from Thursday, the lockout goal plummeted, crashing an average of 46.7 percent from the previous week.

"Last week was in the clearest sense a week of two halves," said Diane Wehrle, operator of the Springboard.

"With the second lockdown being announced on Saturday evening before the start of the week on Sunday, but not coming into force until Thursday, it was inevitable that there would be a last minute surge in activity."

There was an error (Reporting by James Davey; Editing by Kate Holton and Angus MacSwan)