Whoopi Goldberg to Pro-Trump 2020 Deniers: ‘Suck It Up Like We Sucked It Up’ 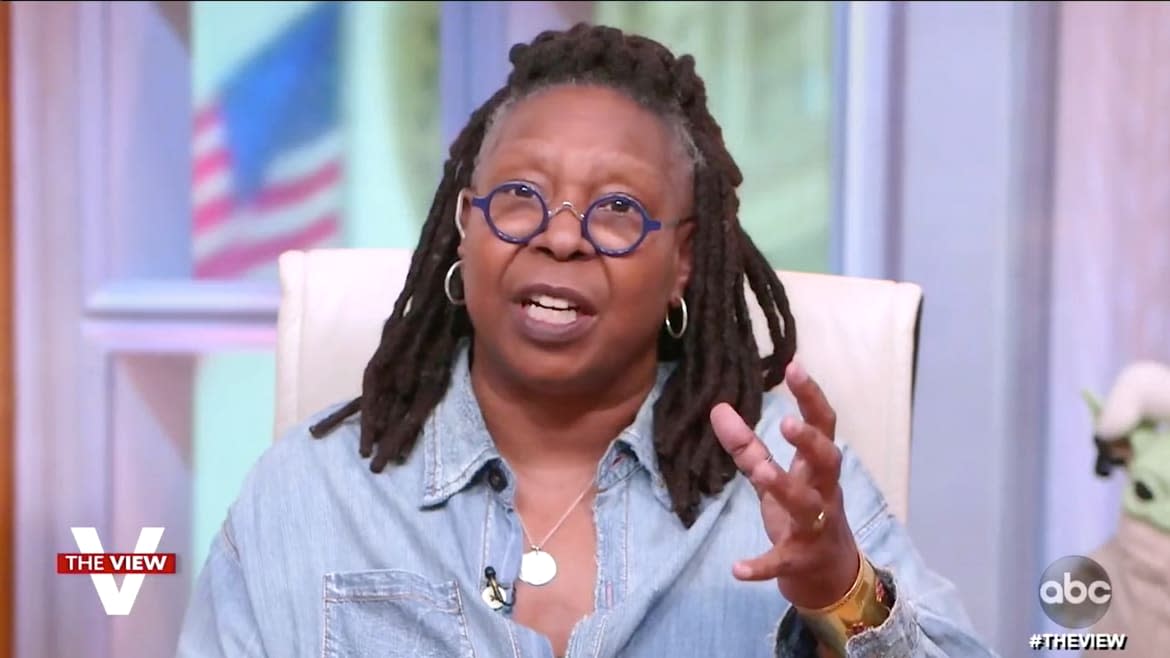 Whoopi Goldberg started the first episode of The View since the 2020 referendum by performing Sam Cooke's 'A Shift Is Gonna Come' for Joe Biden and Kamala Harris.

The president Donald Trump's name has not been told loudly by the long-time host of the morning show since he was elected four years ago.

But in two month's time she will be able to tell the name of the next president loudly" as she informs her co-hosts on Monday.

Goldberg spoke to everyone who always felt Trump had a shot to reverse the results despite playing video of the Democrats partying on the streets and scenes from Biden and Harris' acceptation speeches Saturday night.

"I want to tell everyone who doesn't believe the Americans have actually gone out and voted, let me tell you this," she added.

"Hillary Clinton said before she learned who had been elected four years before, 'Oh, wait a minute, it doesn't seem right, pause it.' She didn't say,'This isn't it.'

Suck it as though we were swallowing it."

"And if you're not sure you're Joe Biden comfortable, do what we did," added Goldberg.

"Find items and then take them to the law to check at them if the law decides there is anything to look at.

Yet suck it up from now on.

"Because this is ridiculous, widen the pair to him that he can't grow for himself," she said of Trump.

Don't you realize he won?

You challenge any of these Americans who registered, come out and stood and voted, lawfully.

What do you dare ask?

It may have been because Goldberg spoke to her cohost, currently on maternity leave, Meghan McCain, who wrongly reported, on Twitter last week that Hillary Clinton "still didn't concede her election."

"The View" is what Pete Buttigieg says on why he needs Fox News.

Goldberg returned to its original point by the conclusion of the opening section of the display on Monday.

"When I hear these men tell me we have to tell the Republicans, listen, suck it up, when I hear them say we'll have to listen, listen."

"This is America's United States."

"We must at least strive to be frank," she said because, essentially, you mean you don't care for American democracy, if you don't value the fact that they all come out and have voted.

All those who replied, 'I don't know, well you do. You know.

Get our best articles every day in your inbox.

Regular membership of beast: Beast Within deepens the tales.