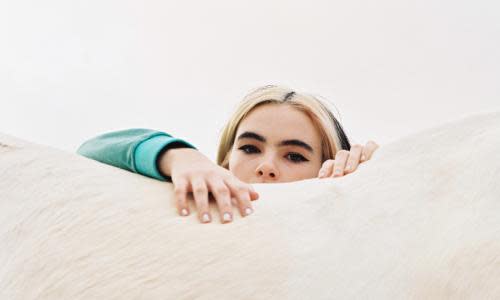 Supalonely – the hit by Stella Bennett at the end of last year – finds a new path through TikTok in March as lockdown struck. Last year's case was launched in New Zeland.

As other songs from this very loving debut, Bennett gently cooled "I am a lonely girl, in this wide universe" on a wheezing disco. It is breezy and shattered.

Bennett proceeded Supalonely with the Snail weirder, an overflowing electro-pop opus on her beloved Gastropod, in order to stop becoming the "TikTok artist."

Her restlessness is often manifested in the album careers of the different styles. Kool is louche-hip-hop disrupt by massive, crunchy rock riffs while the Sheesh-assisted company Grimes addresses 90s. Their agitation explores the anxiety of overthinking, leans towards woody alt-rock.

The genre-hopping boost the patchwork consistency of the record, but when the pace goes down, it's often disproportionately falling by Bennett.

If I come to see you, you will melt in slow vocals when the breathy one little while will sound too well.

The closer C U, a bright acoustic ballad, is even stronger.

"I'm going to look at you," she sighs, maybe in an ancient prefamous existence.